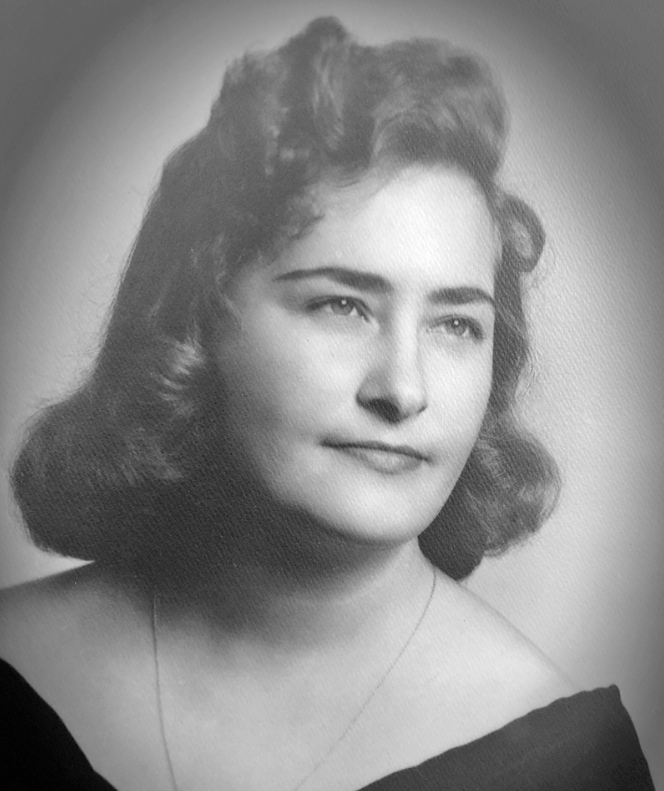 Anderson-Underwood Funeral Home announces that Mrs. Tonawanda “Tona” Kanaday Carter, age 82, of Dahlonega, Georgia was received into Heaven on November 10, 2020. She was born on October 6, 1938 in Helen, Georgia to the late Parley Kanaday and the late Mera Freeman Kanaday.
Growing up in Dahlonega, Tona was a true “Dahlonega Nugget.” She spent a lot of her childhood skating on Park Street when it was still dirt. In high school, she was a four-year starter for the Lady Indians basketball team and was a proud graduate of the Class of ‘56. She later worked as the first lifeguard at the Legion Pool. Continuing her education, Tona attended North Georgia College where she was referred to as a “Dirty Foot” which she loved. While attending North Georgia she spent a lot of time in the Cantina where she learned to play Bridge, which became a lifelong passion and a way to connect to others throughout her life. In 1956 she met the love of her life and husband of 61 years, Lewis Carter. Tona was the city girl and Lewis was the farm boy from Buford, Georgia. They met in Dahlonega at her father's restaurant, “Dixie Grill.” Their marriage was nothing shy of 61 years full of bliss and adventure. For 26 years she traveled the world serving right beside her husband, Col. R. Lewis Carter as he toured in the U.S. Army. During that time, she trained generations of women how to stand strong for their convictions with poise and grace, as well as how to be great "Army Wives" through both formal classes and over Bridge tables. The other Army Wives affectionately knew her as “The Big Indian” because she was always looking out for her tribe. During their years in the Army she received many accolades for her accomplishments. Tona was an excellent cook and took a lot of pride in hosting parties where she often would entertain congressmen and leaders of foreign powers. She was always so excited to give them a proper introduction to real southern cooking including fried chicken, biscuits and gravy, and anything that Lewis may have shot that week. One thing that always held true—her recipes always included Crisco and love.
After retiring from the military Tona and Lewis decided to retire back to Tona's favorite small town in the world, Dahlonega. This was the one place on earth Tona felt completely at home, loved every person, and never met a stranger. In her later years she worked at the Dahlonega Gold Museum helping visitors appreciate the importance of The Gold Rush. She was a proud member of Dahlonega Baptist Church for over 50 years and could always be found in the choir loft singing the praises of her Savior, Jesus Christ.  Above all, Tona will always be remembered by her family as the Matriarch who weaved the family fibers together through love, compassion, and sharing.
Tona is survived by her husband of 61 years, Lewis Carter; children, Bonnie (Glen) Smith, James (Kathy) Carter, and John (Cheryl) Carter; grandchildren, Levi (Codie) Smith, Samantha Smith, Mera Smith, Brad Stallard, Justin Stallard, Sean Travis, P.J. Travis, Abby Carter, Joseph Carter, Jack Carter, and Lily Carter; and great-grandchildren, Alex Thompson and Kipton Smith. She is also survived by numerous friends and other relatives. The family would like to say a special “Thank You” to the Hospice of Northeast Georgia, and nurses Dakota and Julie.
Graveside Services were held November 13, 2020 at Dahlonega Memorial Park.
To share a memory of Mrs. Carter or to send a condolence to the family, please visit andersonunderwood.com
Anderson-Underwood Funeral Home of Dahlonega, 2068 Hwy. 19 North, Dahlonega, GA 30533.