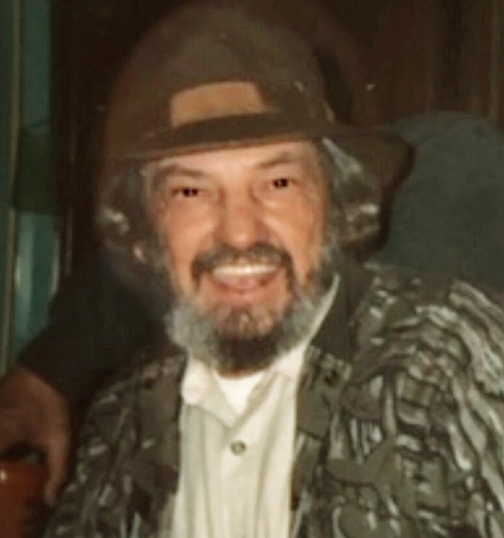 Mr. Seaborn “Larry” Hulsey, age 86, of Suches, Georgia passed away on November 17, 2020. He was born on October 29, 1934 in Forsyth County Georgia to the late Seaborn Hulsey and the late Bonnie Lynn Thomas Hulsey.
Larry was a self-described genius and could figure out any problem that life threw his way. It was no challenge for Larry to build an engine, a house, or a friendship from scratch. He was also an avid outdoorsman who loved to hunt and fish and had a love for the “simple life.” He was a collector of all things and found peace in tinkering with the items he obtained. Larry was humble beyond belief and would give the shirt off his back to anyone in need. Although he lived a simple and quiet life, Larry’s favorite thing in the world was to be surrounded by those he loved most—his family and friends.
In addition to his parents, he is preceded in death by two infant children, William Joe Hulsey, and Scott Hulsey; son-in-law, Richard Darnell; niece, Betsy Hulsey Lively; and very special friend, Joanne Milum.
He is survived by his former wife and mother of his children, Mary Jane Monroe Hulsey of Dahlonega; children, Neena Hulsey of Dahlonega, Renita Hulsey (Steve Bennett) of Dahlonega, Cindy Lynn Darnell of Dawsonville, and Larry “Shawn” Hulsey of Dahlonega; brother and sister-in-law, Joe (Lou) Hulsey; grandchildren, Maggie Johnson (Christopher Heard), Laurel Eren (Jeremiah) Chapman, Madison Hulsey, Saylor Buice (Clay Pardue), Emily (John) Herrin, Chase Hulsey, and Zance Hulsey; great-grandchildren, Jake Heard, Achilles Chapman, Kai Hulsey, Hamp Herrin, and Price Herrin; nephew, Joey Hulsey; and special friends, Larry and Darcy Tate. He is also survived by numerous other relatives and friends.
It was Mr. Hulsey's wishes to be cremated.
A Graveside Service will be held on Saturday, November 28, 2020 at 1:00 PM in the cemetery of Roanoke Baptist Church in Cumming, Georgia.
To share a memory of Larry or a condolence with the family visit andersonunderwood.com
Anderson-Underwood Funeral Home, 2068 Hwy. 19 North, Dahlonega, GA 30533.