UNWIND: Living in the Lavender

Story by Anika Chaturvedi from Unwind: The Taste of North Georgia

“It’s about giving back to the community.” For Tina and David Duffey, operating the Red Oak Lavender Farm is a way to interact with the community and to stay active postretirement.

Originally from Atlanta, Tina has always preferred the outdoors and living in the country. Ten years ago, she moved to her current home in Dahlonega with her son and late husband.

Red Oak Lavender Farm began in 2014 when Tina first planted lavender. After seeing photos of French lavender plants in a magazine, she was inspired to expand her few lavender plants into rows and rows behind her home.

Tina’s late husband was ill due to exposure to Agent Orange during the Vietnam War. When Tina first started growing lavender, she hoped it would have a positive effect.

“He was ill at the time, and so growing the lavender was also, I think, therapeutic for him,” she said.

This therapeutic effect has extended to other visitors of the farm. According to Tina, a variety of people visit the farm to see the lavender, and she enjoys hearing their stories.

“That’s what makes us keep doing this, because it’s a lot of work,” Tina said.

Despite the fact that lavender is suited to a Mediterranean climate, she was determined to make adjustments to Georgia’s red clay including aerating and lining the soil.

“I had this dream of these purple flowers and these perfect rows of lavender growing,” Tina said. “So I didn’t give up, I kept going.”

Following the establishment of the farm, Tina met David and the two became engaged. The couple now run the business together.

“We’re always constantly learning, that’s the thing with being a farmer,” Tina said.

Today, the farm is home to 2,000 lavender plants of 20 different varieties. One reason Tina appreciates lavender is because it’s natural and she has allergies to several synthetic materials.

“We make our products so they don’t last that long and it’s fresh, and we try to use as simple ingredients as possible,” she said. 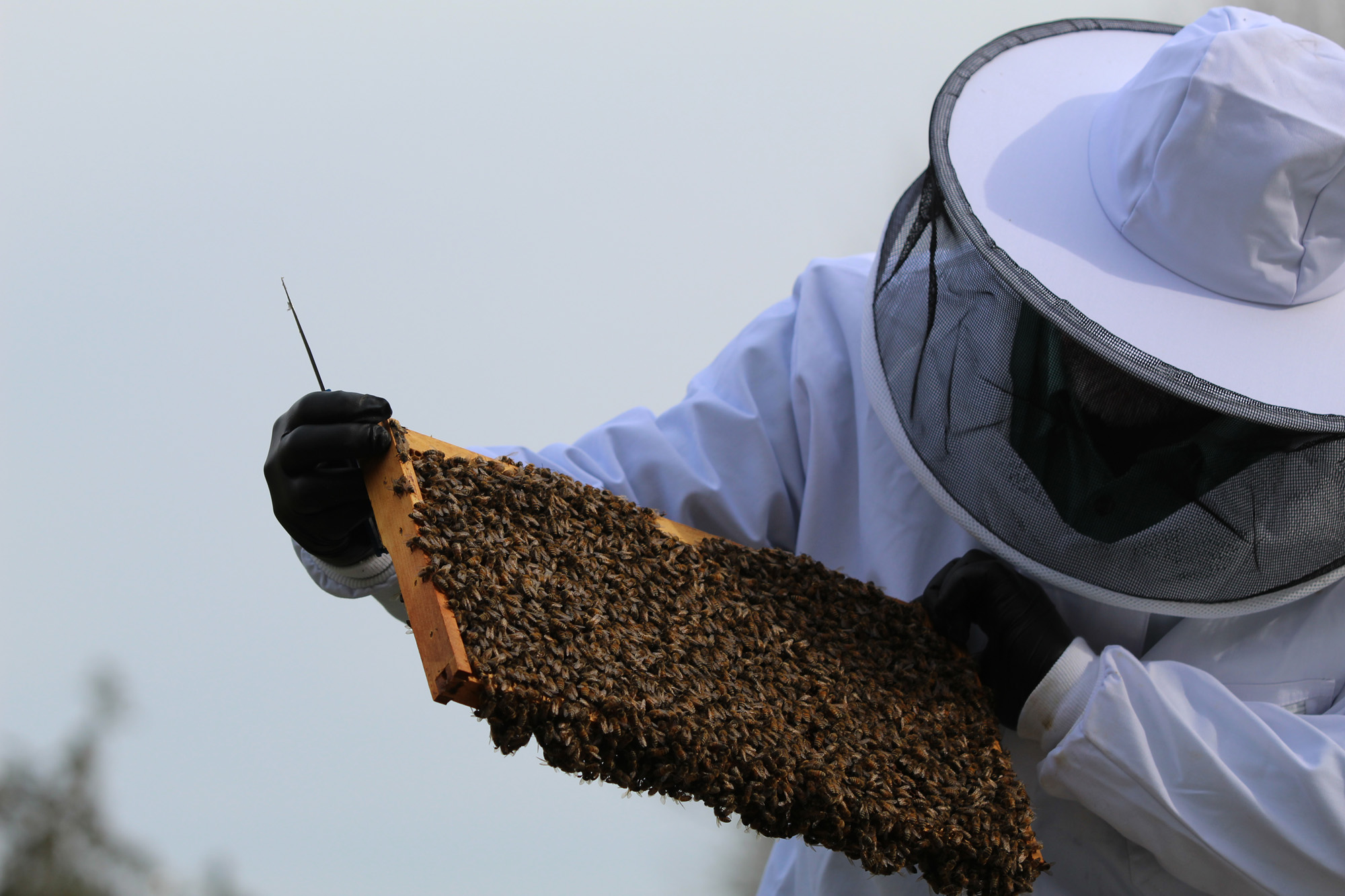 Along with growing lavender, Tina and David tend to bees and have several beehives on their property.

The farm has also collaborated with other businesses that use their lavender. Most recently, the farm and Etowah Meadery have collaborated on a lavender mead.

Once the lavender is harvested in June, Tina and David will host the Red Oak Lavender Festival. The annual event consists of food, music and art including making crafts taught by Tina.

According to David, most of the money they earn from products goes back into the farm and maintaining the lavender.

“We’re retired and we do this because we love it, not because we make money off it,” David said.